Imagine riding on the open road with a Motorcycle, but it’s quiet. Instead of a loud engine you hear wind and you feel the sun. Birds and animals watch you fly by in curiosity because they didn’t notice you coming. As you lean back and silently ride toward the horizon you have that ‘bad to the bone’ feeling of being totally free. But, this is a new freedom, not your dad’s freedom, a fresh feeling for a new generation. As you ride by on your electric chopper you see a blue river rushing from the spring snow melt below and you want to get down to it and dip your feet in. The only problem is that there is only narrow pavement path that takes you down there. You park your bike and detach from the side of your electric chopper your Mellow skateboard. The electric adventure has just been extended! You head down the path carving along heading to that destination that not even you know where it really is. 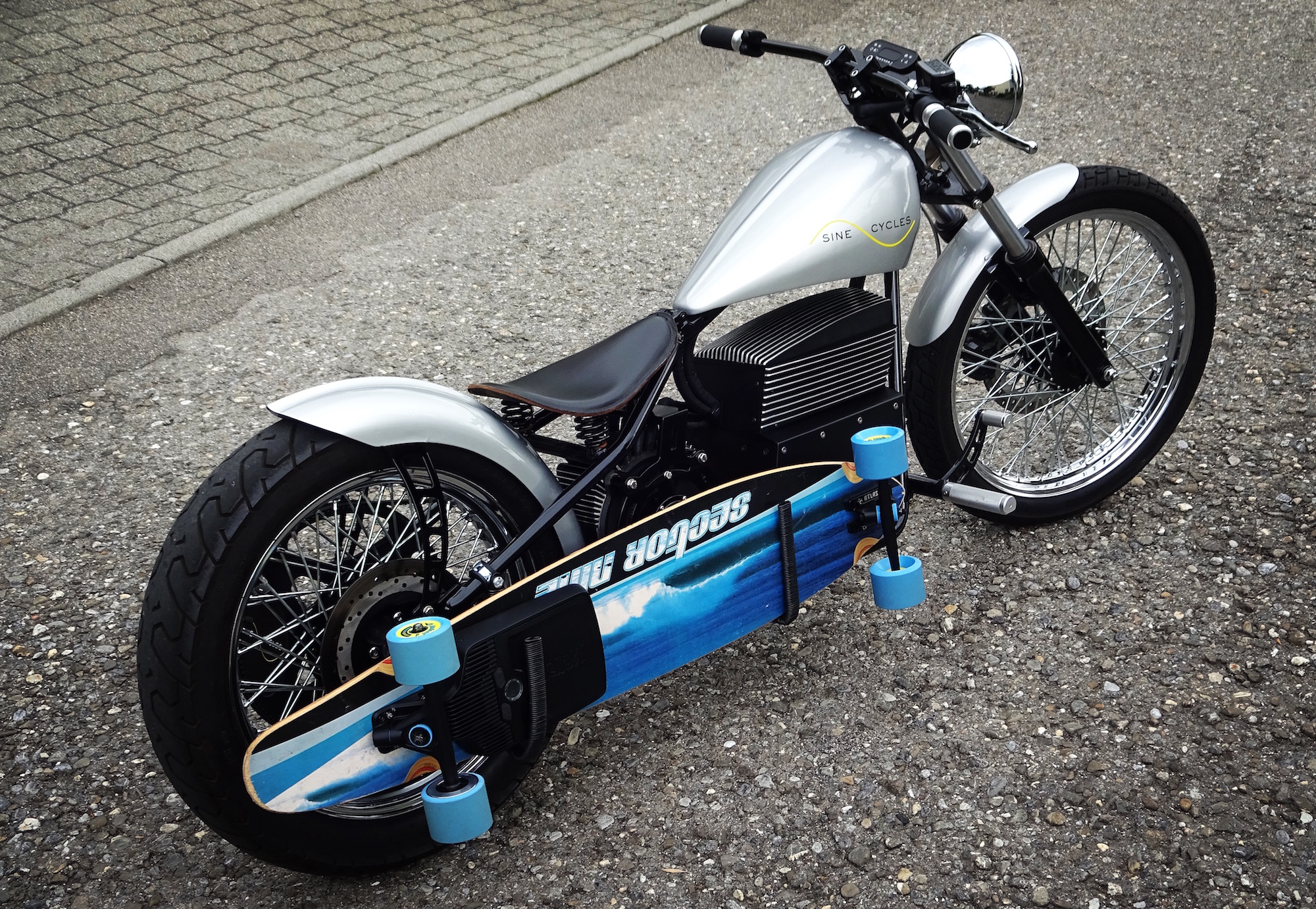 Bruno Forcella just made that dream you just read a reality with the electric Sinecycles. He applied Swiss electrical engineering into the concept of an electric chopper, custom built in his own two hands and combined with the our made in Germany electric drive that mounts to any skateboard. What an electrifying combo to explore this wild world we live in!

With his SineCycles idea, Bruno wanted to innovate, make it electric, but keep real. He kept the imagination rolling and decided to strap his Mellow Board to the side of his bike to be used as what he calls the « Range Extender ».

This is what Bruno Forcella had to say about his innovative tag team of electric vehicles: “I always wanted to build a custom bike different from anything else. There had to be something about the bike that would differentiate it from all other custom-builds. With my Mellow Drive it’s a perfect match for cruising in the city and beyond…  "

Custom made in Switzerland 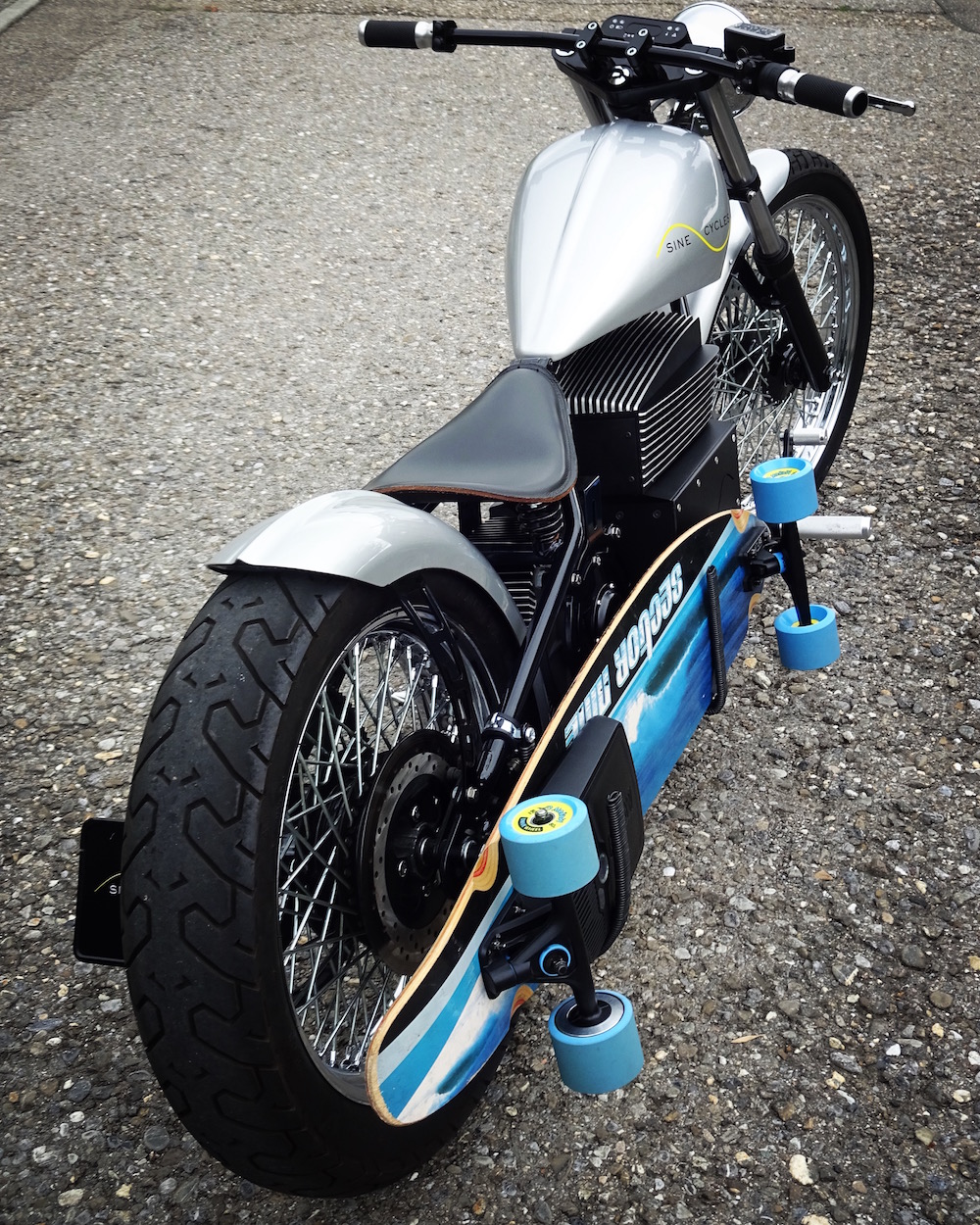 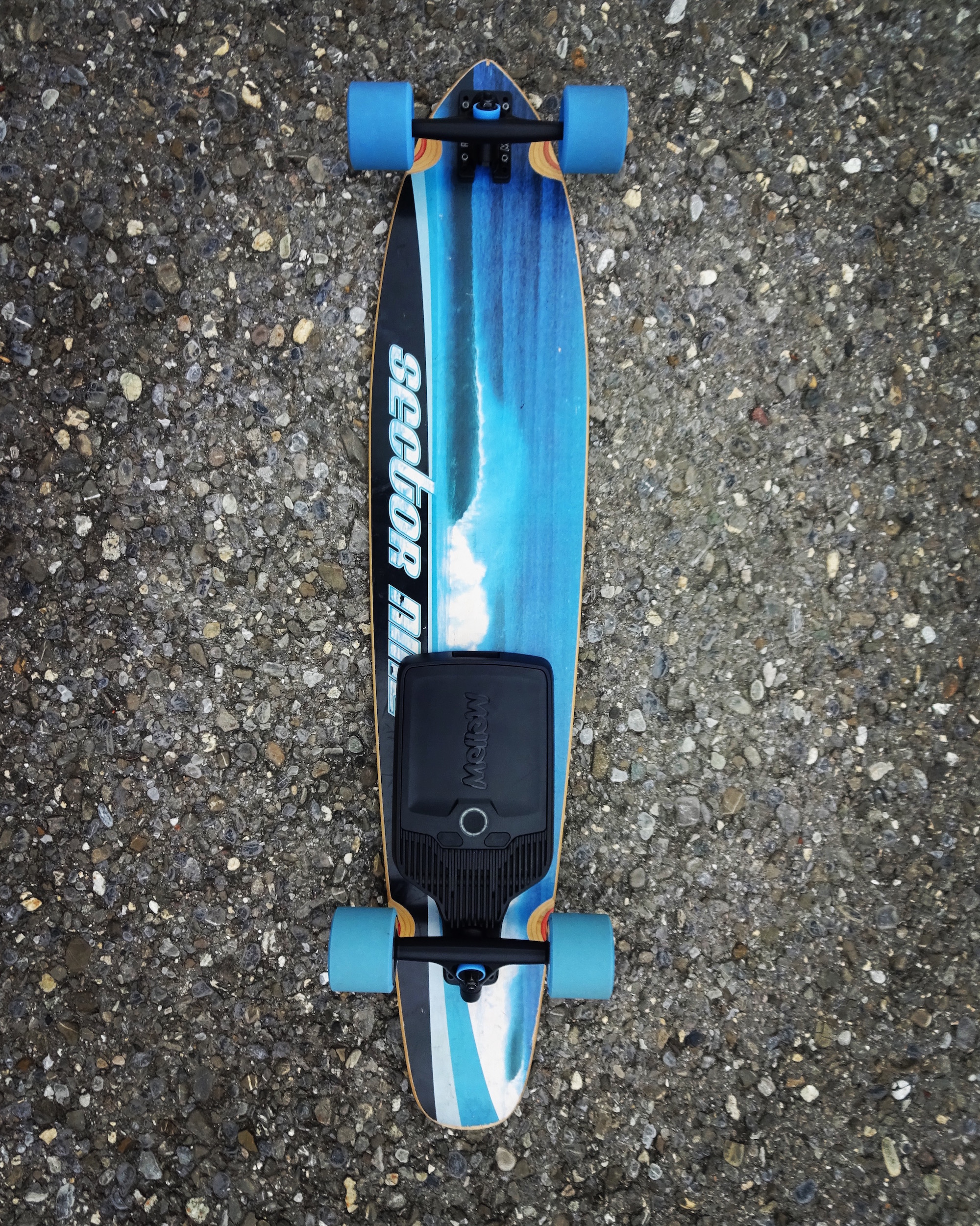 Keep the good times rolling with the Mellow Times.