Spring is in the air and it’s that time of year: we are looking for something new, something exciting, a change that is going to make this summer unforgettable! Compatibility is key, whether it's a new partner or...hooking up your brand-new Mellow Drive to a fresh new board. Not only do we want a setup that's good-looking but it has to be ready to take to the road and go a long, long way with us.

We went to see what other boards where out there - something that hasn't been tried yet with an electric drive. The sexy carves and large kicktail of the Carver Channel Islands Flyer board designed by Al Merrick lured us in instantly. Next up was to see if Mellow x Carver were going to get along well, or just argue all the time. Was this hookup going to last? Would that swervy Carver C7 swivel front truck and its surfy carvy effects going to would be compatible with the thrust of a Mellow? Whatever happened once the ride was over, we knew there's so many other boards in the sea - uh street.

The ride was great. With the help of the Mellow, less pumping was needed to get the speed up on the Carver. We were able to get straight to some larger bottomed turns with that surf feeling that's hard to find on a conventional skateboard.

Mounted easy with no problems screwing on the drive. We didn’t even need a riser to avoid wheel pinch thanks to the lightly flared rails of the Carver Deck.

Such a fun ride! Just needed to move that back foot up a little off the tail at the initial acceleration to make sure not too much weight was in the back to avoid wheelies and get thrown off the back. After a few tries we were able to quickly adapt our stance.

Swerving like a short surfboard. With the Carver truck system, and especially on such a short board, your turning radius is so tight it makes sidewalk surfing much more easy to manage, dodging people and taking tight turns. One thing to note is that the constant thrashing and carving may take a toll on your drive wheels, causing them to wear down a bit faster than normal and make you need to replace sooner than later.

Since these boards are not really made for fast straightaways, we admit that you definitely won't break any land speed records. What you lose in velocity, you make up in manoeuvrability - this setup is all about the feeling.

Overall we were super happy and would recommend this set-up for that frother landlocked far from waves and sand. This is the closest feeling to catching that endless wave you are dreaming of. It’s the perfect surf substitute until that next trip to the beach. The surf is always up with Mellow! 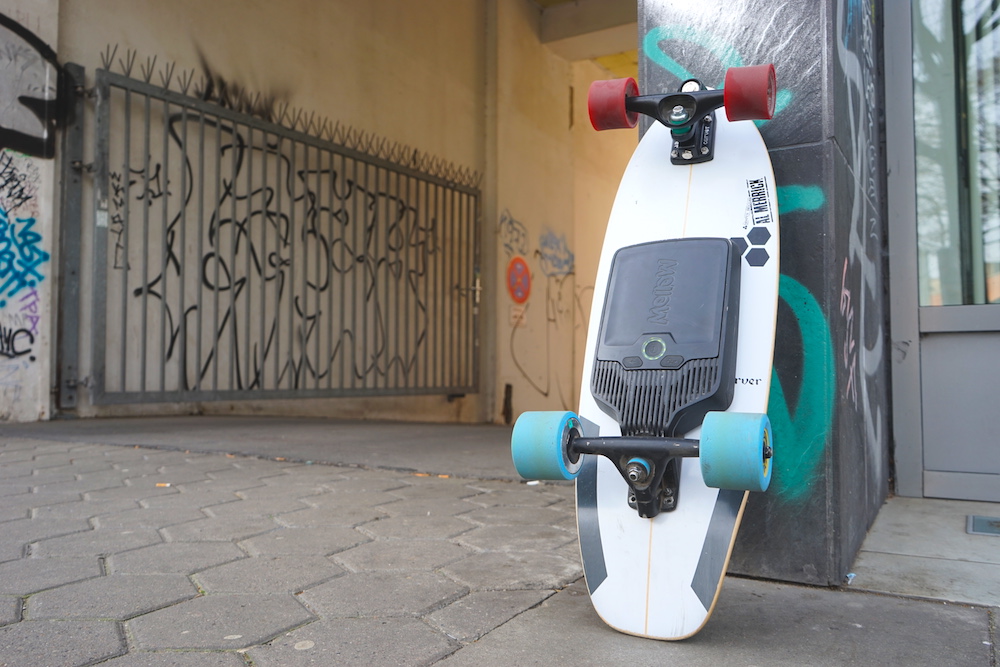