Light electric vehicles (LEVs) such as e-scooters, e-skateboards and mono wheels are spreading. Especially in urban areas you can spot more and more of these small and flexible personal means of transport. They have the potential to change the traffic system for the better because they are energy-efficient and low in CO2, reduce the risk of congestion on our roads, and can be optimally combined with public transport for longer journeys. 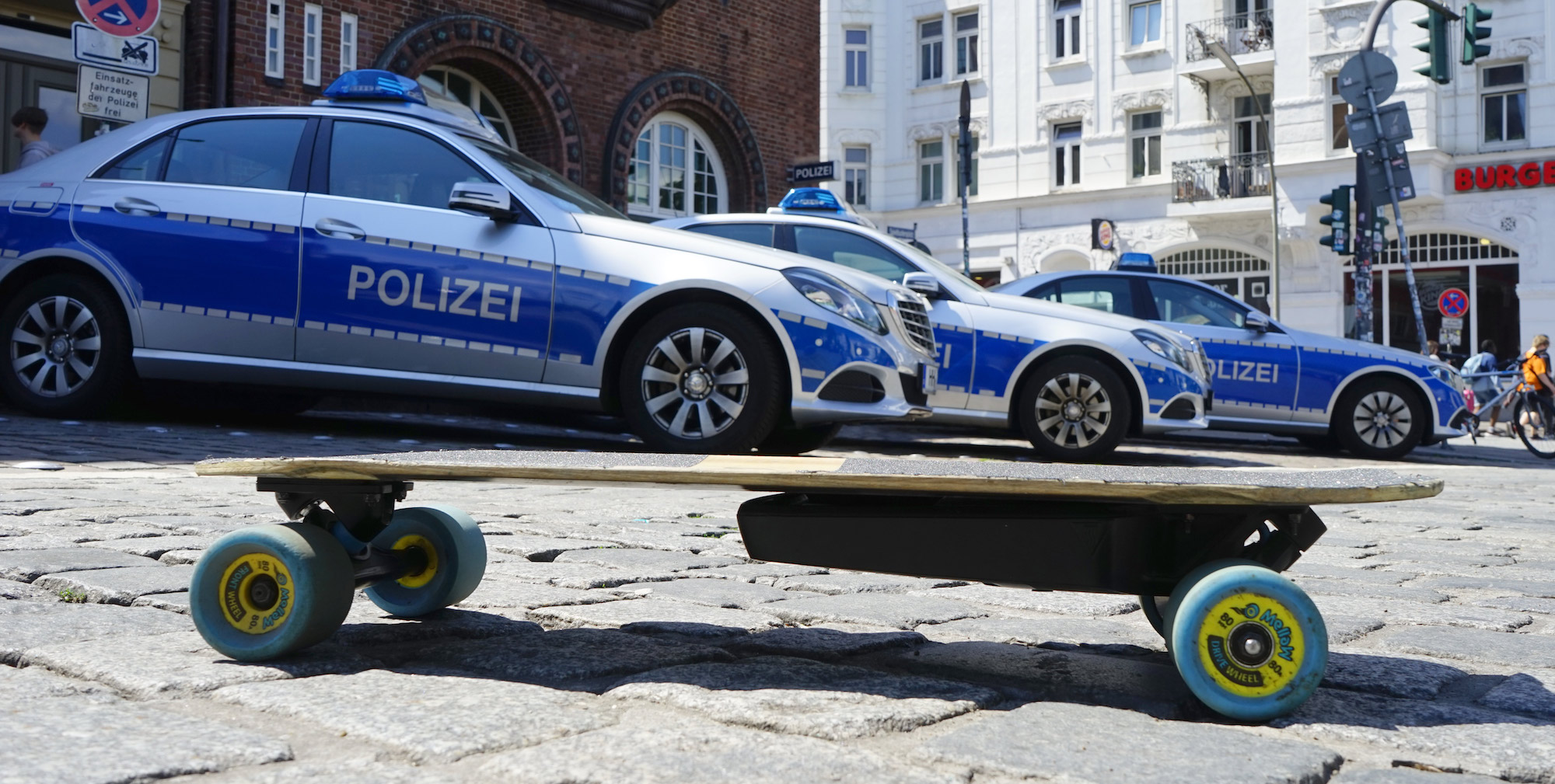 However, these vehicles are still not legally regulated in Germany and therefore not allowed in traffic. Just recently the Berlin police busted an e-skater again. So far, manufacturers have been waiting in vain for results from a recent evaluation process for the registration of LEVs. The Federal Ministry of Transport and Digital Infrastructure initially wanted to publish them in early 2018. Now, on request of the German Green Party, the government published details on a law, which can still be expected for this year.

Segways, which have been regulated since 2009, will become part of the new law. The goal is to create a uniform regulation. There is also a working group in the EU, which deals with this topic, but Germany does not take part in it. Why we are not participating in this common solution however is unclear.

The regulation is scheduled to become effective in 2018, but there is no set date, yet. It can no longer be expected for this summer though. If it goes into action by the end of the year, at least we can look forward to an exciting legal riding season starting in spring 2019!

Other Countries as Role Models

US states like California and Michigan, as well as Australia, Singapore and European countries such as Sweden, Belgium, Finland and Norway have recognized the importance of innovative and sustainable mobility alternatives much earlier and already introduced regulations for LEVs. In most cases, they are regulated similarly as e-bikes. We hope that Germany along with other countries, which have not reacted to this topic yet, will take these regulations as an example, so that traffic will be relieved and our cities will soon become even more livable.

We have to share the bad news that there won't be an e-skate law coming in Germany this year as Monissen reported. The law in process will only deal with LEVs that have a handle so basically only scooters will be regulated this year. We will continue the dialogue with the government!

Get a full overview of the legal situation in different countries.

Stay tuned on further developments of the legality topic on Mellow Times.