Kilian and his little elves in the Mellow workshop have been working hard. When we say elves we mean qualified Mellow engineers in the magical land of Nerdistan. In all seriousness, the guys have come out with improvements to the drive and battery firmware for the first update that is now available for you to download (unfortunately on iOS only). 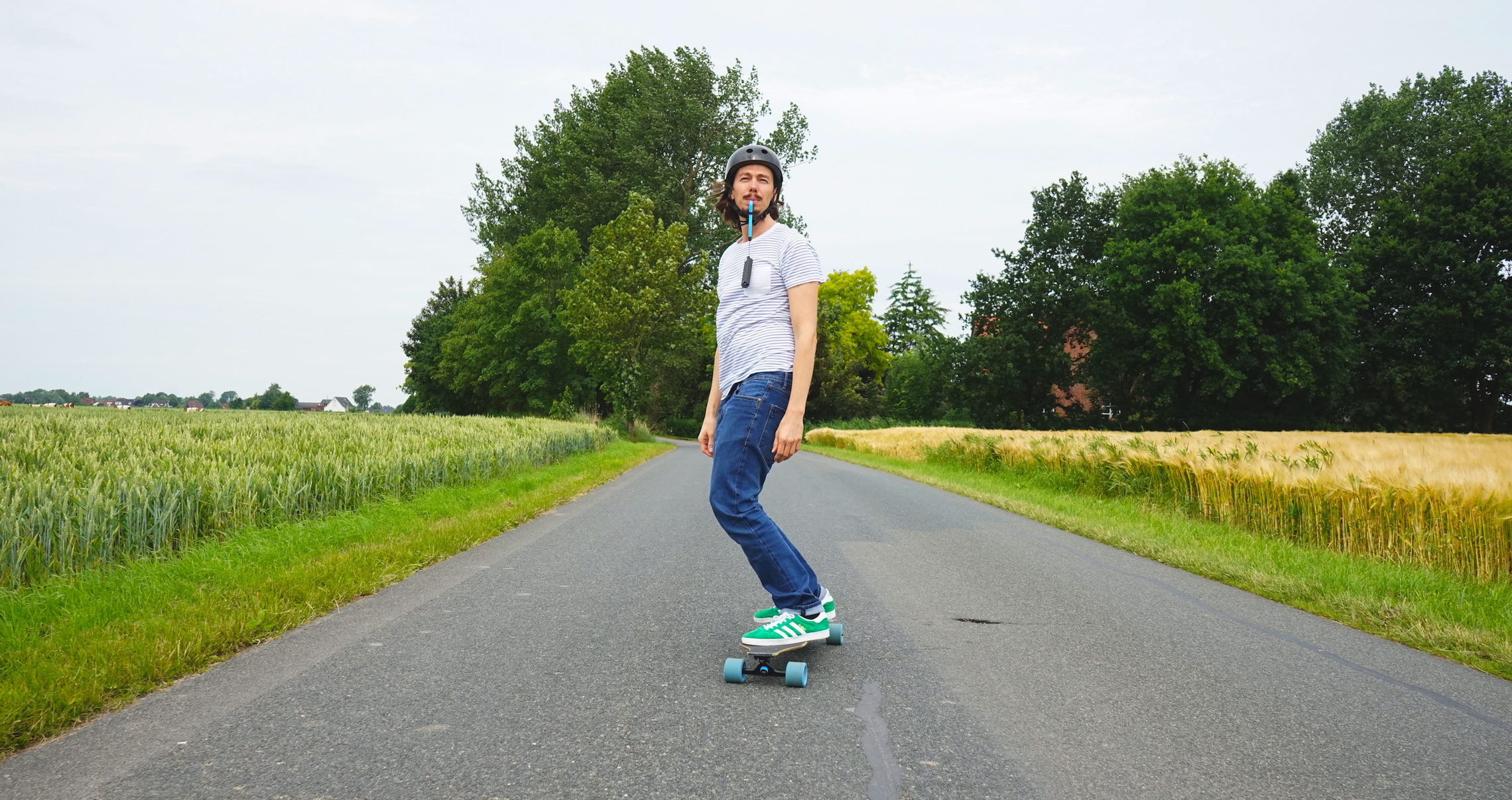 We out did what we expected for the Mellow and it is miles ahead of the competition. So let’s break down the geeky goodness included in this firmware that will update your drive & battery with a single zap of your app.


Please note that the recalibration of the remote, described at the end of the video, isn’t necessary for the current firmware update, but will be a topic for a future firmware update.

Additional note:
When the drive is updated the battery will also get a new firmware that includes some changes to the fuel gauging algorithm. In order to have the battery at its best behavior, the first discharging/charging cycle after the update should be done in Eco mode and with moderate accelerations. If used in Pro mode the state of charge (SOC) of the battery can drop to 0% without the battery actually being empty. So please make sure to be easy on the battery on the first cycle after updating. If the SOC drops anyhow, this is not harmful to the battery and after charging the battery back to 100% everything will be fine. 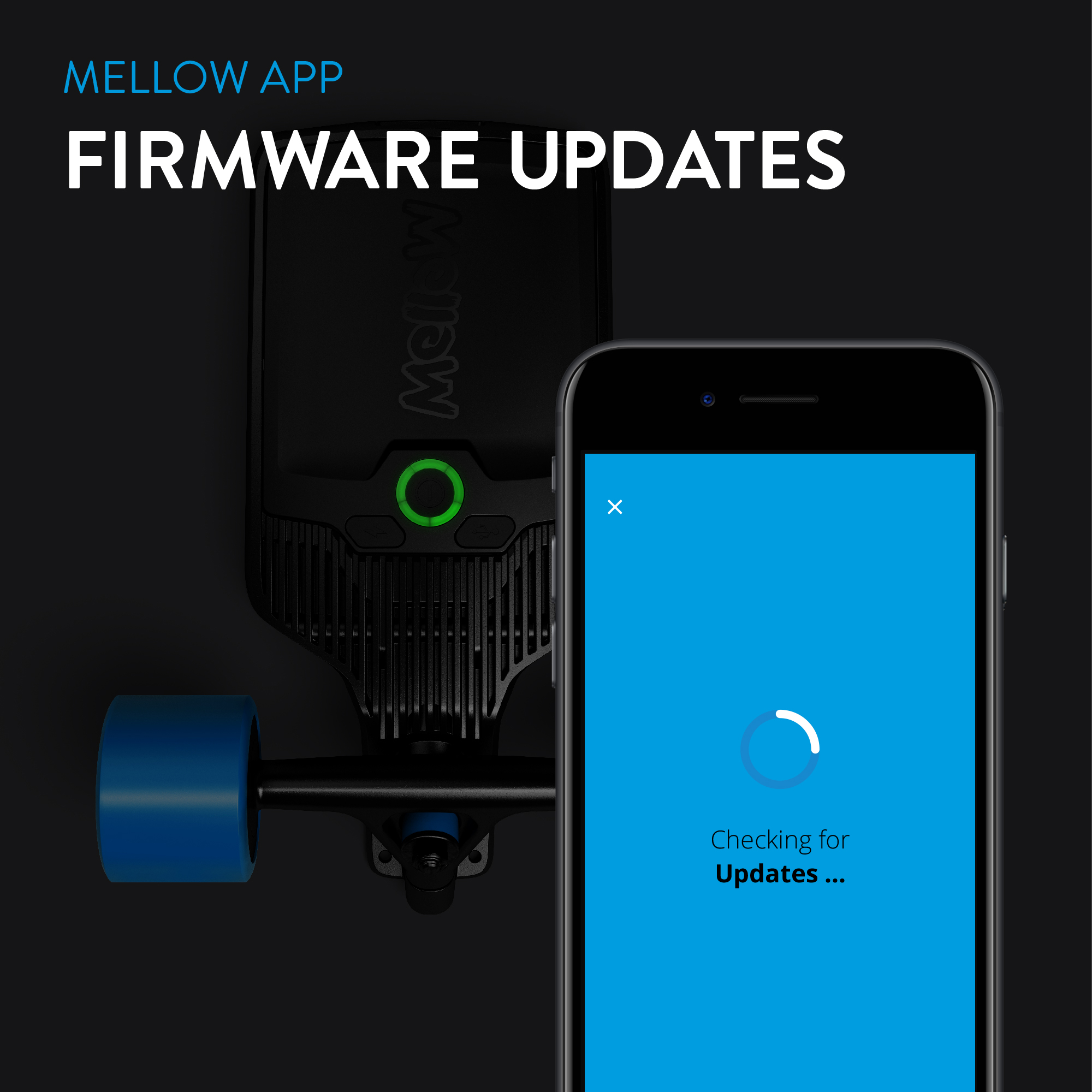 -Fuel gauging algorithm was improved to avoid state of charge (SOC) drops
-Behaviour at high (over 55°C) and low (under 0°C) battery temperatures has been improved
-Pre-Shutdown-Command was included to trigger automatic braking sequence before battery switches off in critical situations.
-Improved performance at low SOC making for a smooth slowdown when the battery is empty.
-Fix for shutdown under full load acceleration
-Sending of battery serial number to drive
-Improved high and low temperature charging behaviour
-Overall system stability and reliability improvements
-Bug fixes

6 Smart features of the Mellow Drive in detail:

Your Mellow Drive is a high end product that comes with a bunch of smart features designed to increase both fun and safety of your ride.

1. Endless Ride Mode (ERM)
We wanted to find the perfect mix of our technology and the true skate-feeling we all love. The ERM is the result.

The ERM extends your coasting while you are pushing like on a normal skateboard.The Mellow Drive will register the speed you have pushed to and it will hold that speed, reducing it very gradually by 30rpm/s. This means you can ride for longer after pushing up to speed without having to set your foot down again.

ERM comes with a bonus: Your range in ERM can increase up to 20km!

2. Top Speed Unlock (TSU)
TSU is designed to let you and others have a safety first experience with your Mellow Drive. On a new factory Mellow Drives, it caps the speed at 25 km/h until at least 30 km are ridden.

After 30 km, you can unlock and relock full speed anytime in the “Your Mellow Drive” section of the “Settings” in the Mellow App.

3. Intelligent Emergency Brake (IEB)
The IEB is an automatic braking function initiated when your remote loses it’s bluetooth connection to the drive or your battery encounters problems. It will carefully slow the board down to a full stop. When the IEB gets triggered, the Mellow Drive will first signal “Warning Level 2” (Mellow Drive beeping, remote control flashing red and vibrating) for 2s. It will then apply the brakes, increasing braking strength by 10% per second until the rider safely comes to a full halt.

Reasons for the IEB being triggered:

1 ) Loss of Bluetooth Connection
Your Mellow Drive is equipped with one of the strongest BT antennas available to ensure a safe connection, but as it is a wireless connection there can always be a loss of connection. Reasons for this range from complex radio interference to very simple reasons like not having charged your remote control or distancing the remote from the drive after a fall for example.

After the IEB was triggered due to loss of BT connection, your Mellow Drive will function normally again as soon as the BT connection can be reestablished.

2) Battery Pack Shutdown (due to temperature)
When your Battery reaches a critical temperature level it will trigger the IEB to safely slow the rider down before a system shutdown occurs.

After the IEB was triggered due to Battery over temperature and the board has come to a full stop, the Mellow Drive will enter the passive state in order to protect itself. A system restart is necessary to re-enter the active state again and we suggest you let the board cool off for at least 30 mins or change the battery.

4. Run-Off Blocker (ROB)
To avoid unwanted runoffs we require the board to be moving at about 2-3km/h before the Mellow Drive is able to engage the motors. As a second level of safety, we came up with ROB. It monitors the acceleration of both wheels and when the board is accelerating quicker than it could with a rider on it, ROB will automatically apply the brakes for 2s, bringing the board to a stop within about 1m. You know when ROB got active because your Mellow Drive will beep at you twice.

Please note that ROB will ONLY be active while the board is standing still and you are beginning your ride. When in Skate Mode (after 5s of riding), ROB is deactivated to avoid unwanted braking maneuvers i.e. while going off curbs. As soon as you stop, ROB will be active again.

5. Dual Braking System (DBS)
Your Mellow Drive is the world’s first electric skateboard system offering a dual braking system. But what does this mean?

Resistor Braking
While braking, electric energy is generated by the motors and this energy must go somewhere. Usually the energy is fed back into the battery but there are some situations when this is not possible. A full battery cannot take in any energy and when braking very hard there can be more energy generated than the battery can safely take in.

To solve this, your Mellow Drive has an integrated braking resistor that is used as an energy overflow when needed. This way the lifetime of your battery is massively extended because the battery is not confronted with overloads of energy and the brakes are still available when your battery is fully charged.

And of course the Mellow Drive has regenerative braking too.

Regenerative Braking
When used wisely braking can even increase your range - who would have thought so? To maximize your energy harvest make sure to:

1) Brake lightly
Only use 50% of your braking power.

2) Brake constantly
When going downhill make sure to always be braking just a little. This will give your battery a constant inflow and charge it perfectly.

As a rule of thumb you can expect about 1,5% of charge from 1 minute of light constant braking.

6. Smart Power Management (SPM)
“Use your power wisely” not only applies to super heroes. The Mellow Drive can automatically limit the power it provides in order to protect the rider and the system as well as extend your range.

Heat Management (HM)
Whilst the Mellow Drive has an elaborate system to lead away heat, there are certain situations where temperatures still can reach high levels, i.e. during long inclines. To avoid overheating and ensure that you can continue riding, the Mellow Drive will reduce power output. If the temperature rises to a point where it affects braking power, you will be warned via the Remote Control.

Range Management (RM)
We would like you to always get home safely. So when your battery level drops below 10%, not only will you be notified by the Remote Control, but the Mellow Drive gradually reduces the amount of power that is available to maximize your range.