The Mellow S just got upgraded. To invite people to get on a Mellow for their return to work or school after summer, we just made some changes to the Mellow S. The product was originally created to make a Mellow more affordable but, came with less features like 40km/h top speed and Endless Mode. To lower cost, the general water sealing of the drive and a different drive bearing was used. In the end, most people that bought our drive opted for the complete Mellow in most cases. Now, that is seems that the German law for LEV's will not include electric skateboards, we see no reason to limit the speed on any of our drives.  The graphic below better illustrates the new difference between a Mellow and a Mellow S. It's basically the same drive. Just avoid riding on rainy days because your warranty does not cover water damage. 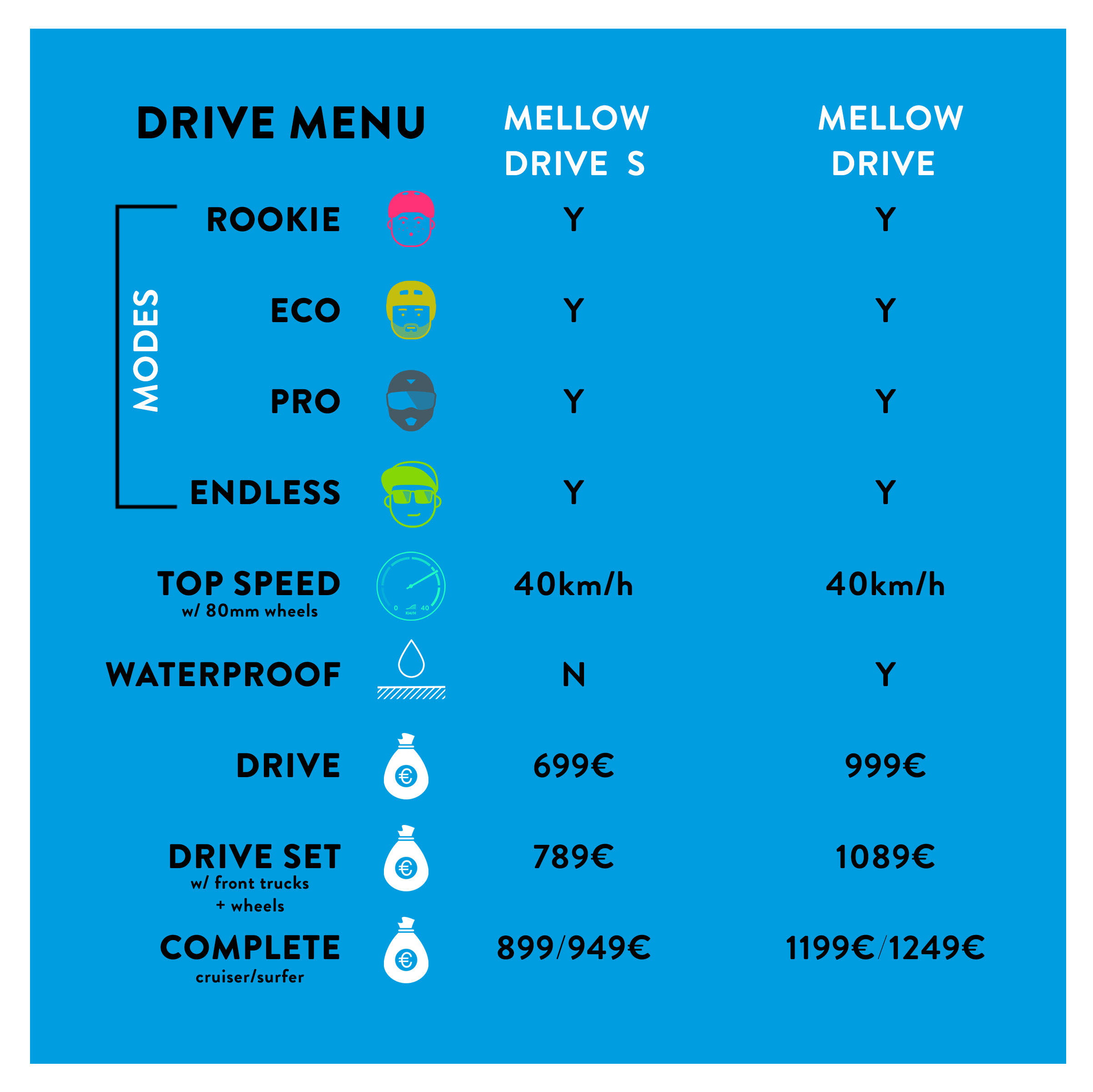 Dear friends and family, We hope you are all doing well considering the current circumstances. At a time of...
22 August 2019 PRODUCT

Every now and then  we are being asked for new innovations. Even though it seems obvious that we should continue to...
21 August 2019 E-SKATING

A few weeks ago we received an email titled « How Mellow Goes Clean » from Frank Grimm with a photo of a Mellow...
Back to top
In order to give you a better service Mellow Boards GmbH uses cookies. By continuing to browse the site you are agreeing to our use of cookies.
Further information OK