The Tony Hawk Mellow Board Giveaway

The infamous Bones Brigade influenced what was possible on a skateboard, the idea of style and the graphics that went on the boards immensely. The crew consisted of Tony Hawk, Rodney Mullen, Steve Caballero, Lance Mountain, Tommy Guerrero and Mike McGill. But, due to some strange reason, the Bones Brigade members are forgetting their tricks and starting to dissapearing one by one. Read on to find out how to help save them and the state of skateboarding, plus WIN yourself a one-of-a-kind signed Tony Hawk Mellow Board! 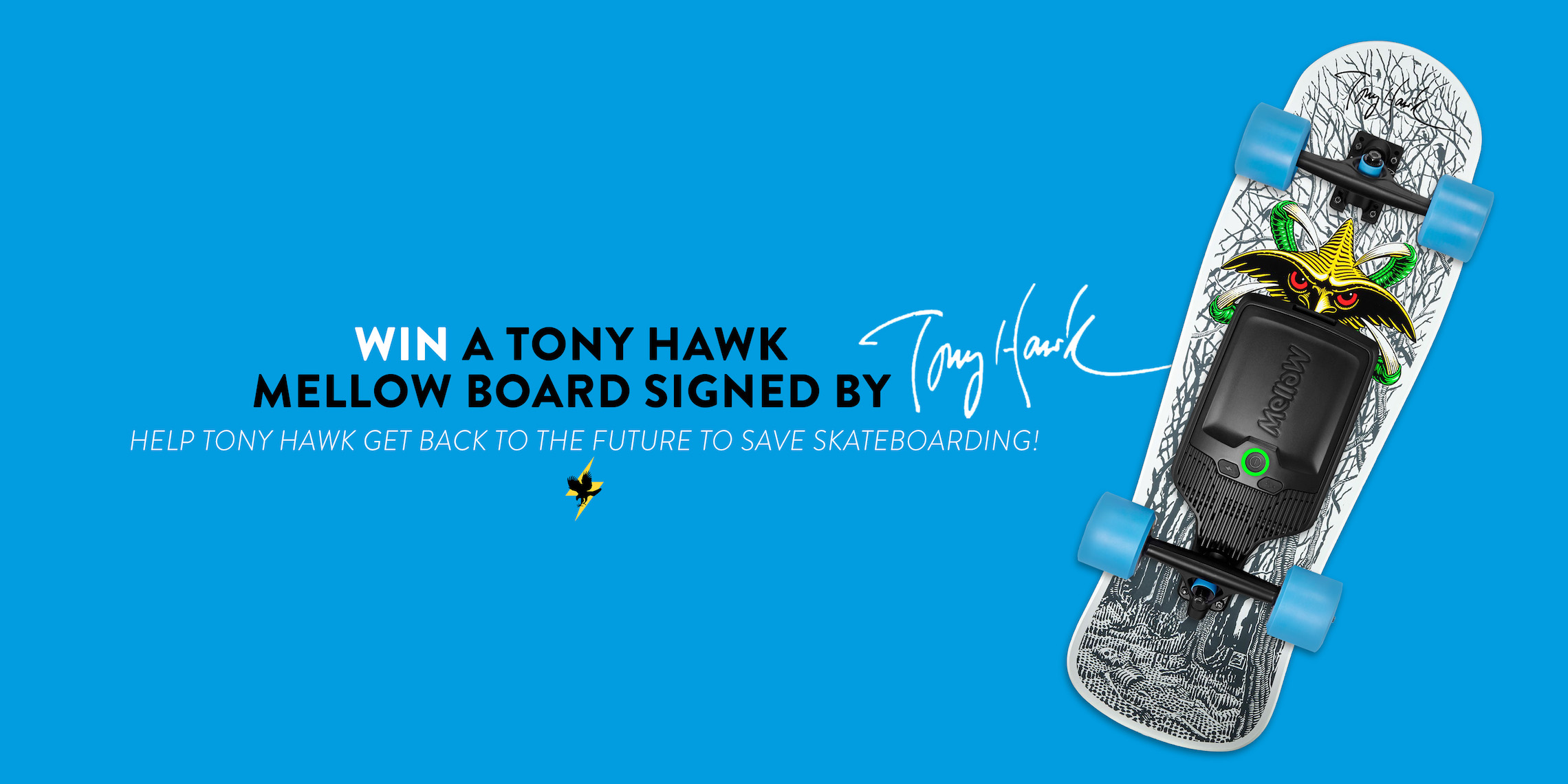 *If you have heard of Bones Brigade, but don't know their full story we recommend you watch their documentary below.

Something very wrong has happened in skateboarding. Alan Gelfand, the inventor of the ollie, fell, bumped his head and forgot how to ollie. This seems to have shifted the course of history and affected the skateboard collective consciousness. All the guys from Bones Brigade have started to forget their tricks and it’s affecting all skaters since they invented so many of the tricks we know today. The legend of the Bones Brigade is starting to disappear. Just look at the photo below. They are starting to vanish from the photo!

To help Tony Hawk save skateboarding, we have created something so wild and awesome, a skateboard that travels time! A board from the past combined with technology from the future. We mounted an electric Mellow Drive to one of Tony Hawk's 1980's Bones Brigade Powell Peralta decks. The board goes 40km/h, the exact speed Tony needs to roll and hit a launch ramp to fly over the Los Angeles River at midnight under a full moon to go back in time to re-teach Gelfand how to ollie and save skateboarding. 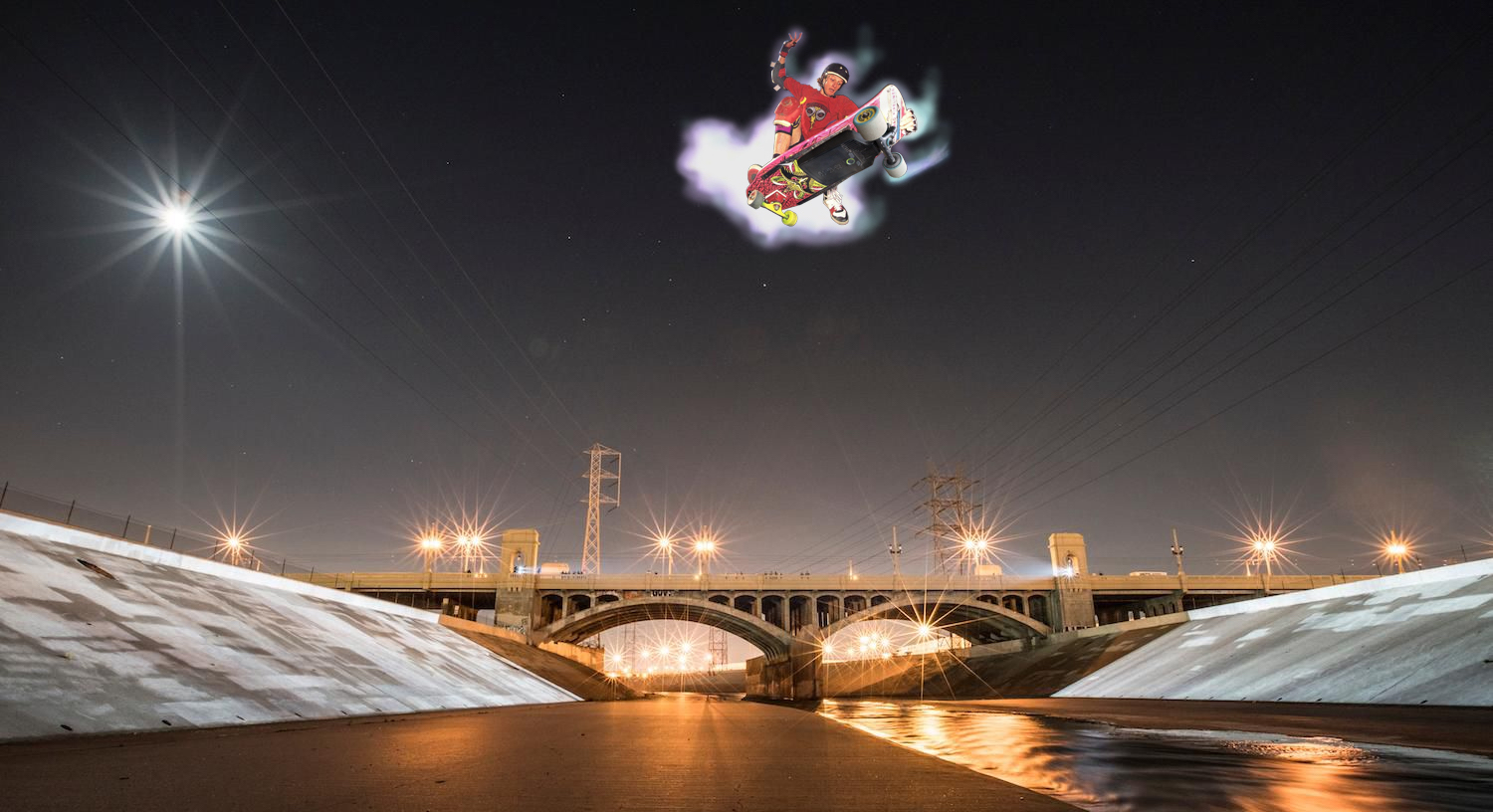 Pretty good story, right? Before we get too Hollywood or infringe on any personality rights, let's give away this rad ride!


We wanted to make this setup extra special so we tried tracked down Tony at ISPO where Tony himself was there talking about the digitalisation and future of extreme sports. We successfully fought through the crowd to get him sign the board!

Many of you were Tony Hawk fans and followed the Bones Brigade growing up in the 80's, others watched him dominate the pipe in the 90's or played too many hours of Tony Hawk's Pro Skater into the new millennium, but we  wanted to make it easy for anyone from whatever generation to win. Choose your favorite social media platform to make it happen. Follow these easy steps below:

Even if you are already subscribed to our newsletter you need to sign up again through this link to win.

Successfully complete these actions on either Facebook, Twitter or Instagram before March 25th to be in the running to have your name randomly selected as the winner of this board to hang on your wall or rip into the future with it. Remember, a Mellow can mount to any board so you don't need ride the board but instead can use any deck of your choice on it :) Winner will be selected on the week March 25th. Good luck! 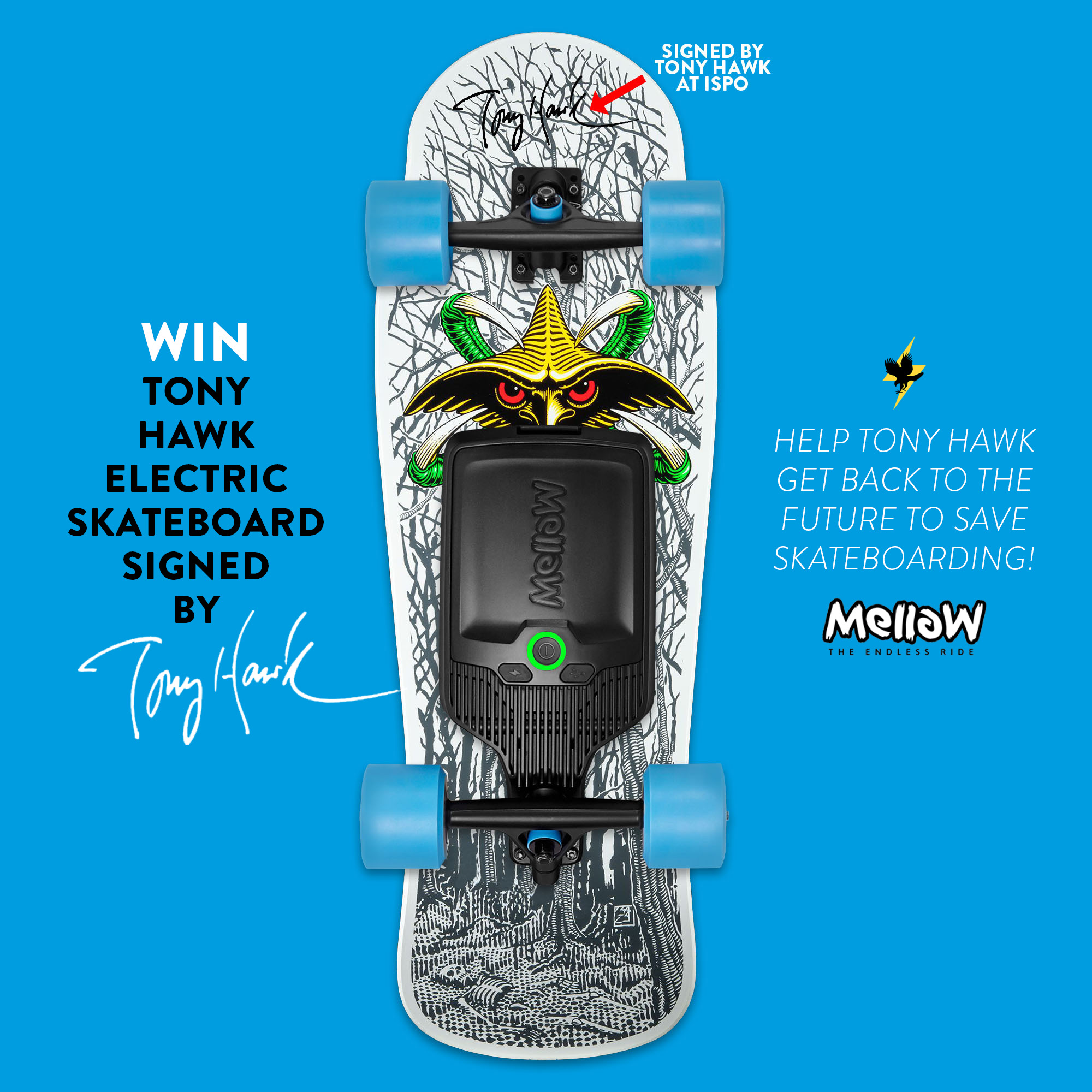