What’s the Carbon Footprint of Your Commute?

Snowboard legend Terje Hakonsen nailed it down in our Execution Of A Dream video by saying: „Maybe some people think they have no impact but I think everything counts. If you put all the little factors together it’s gonna have a big impact“. Regarding the electric skateboard we wanted to know how big the impact actually is.


It’s pretty obvious that light and flexible electric vehicles like e-skates have a high potential of improving congestion problems in cities. Assuming that electric skateboards are also a cleaner and more sustainable transport solution, Mellow team member, Klaus, investigated this topic closer in his bachelor thesis. The results speak for themselves. Referencing the Mellow Board he confirmed that e-skates save C02 emissions whenever used instead of the car, public transport or other common electric vehicles even when charged with the coal dominated German energy mix.

The data used is the accumulated amount of kilometers that have been tracked by Mellow Owners via the Mellow App. Klaus put it into the following formula:


The result is 12.2 Wh/km – the average energy consumption of all Mellow Users per km, status November 2017. This includes all kinds of riding conditions (uphill, full throttle in pro mode, etc). If you use the Mellow Drive rather moderately in Eco Mode, 8 Wh/km are quite realistic.


Based on this, a Mellow Board rider in Germany emits 2.4 g of CO2 per km on average. With moderate riding behavior the CO2 emissions would drop to 1.6 g/km. 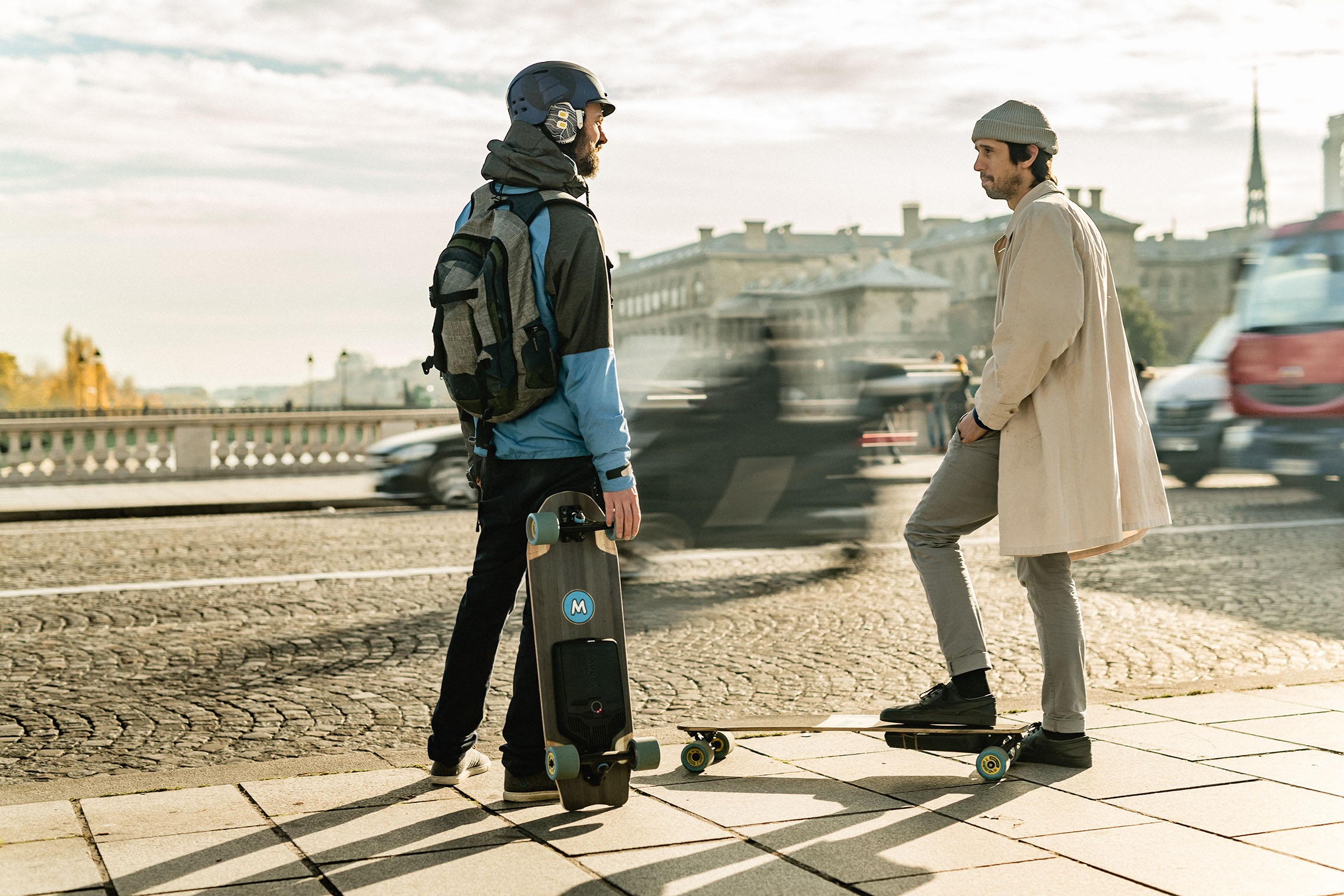 Also the comparison with other means of transport does not have to be spared.


When looking at other electric vehicles, there are electric cars with an average energy consumption of 183 Wh/km resulting in 36 g CO2 / km (based on the German energy mix). Calculating with an average of 1.5 passengers it would be 24 g/km per person. An electric scooter consumes 40Wh/km, which is 7.9 g CO2 / km. With 1.2 passengers on average it’s 6.6 g CO2 / km)