After SIA and Orlando, we are starting to really get used to these trade shows. Mellow Boards were ready for ISPO in Munich this past week which is the mother of all sporting goods trade shows in Europe. The booth design was meticulously prepared by our designers, plenty of new boards were ready to ride & loads of appointments were booked. We were ready to let the good times roll! 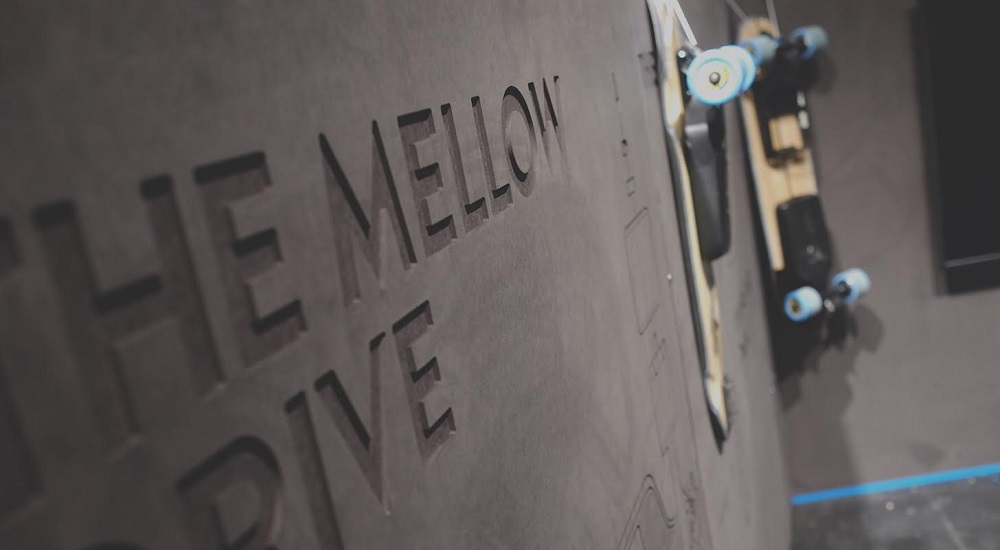 We unveiled the studded off-road wheels for the public to touch and feel for the first time.

It was really exciting to see all types of riders come by to discover the Mellow Boards, from your weekend warriors, to business executives, to youtubers searching out the latest tech and even your favourite pro snowboarders from your childhood. Some of the highlights of snowboarders that stepped on the Mellow Board at ISPO were backcountry legend and eco-warrior - Mr. Jeremy Jones, all around riding machine and owner of YES snowboards - DCP or even Arlberg powder king, owner of Slash snowboards and our personal hero - Gigi Rüf! (check out our Facebook live stream @14:32 to see) 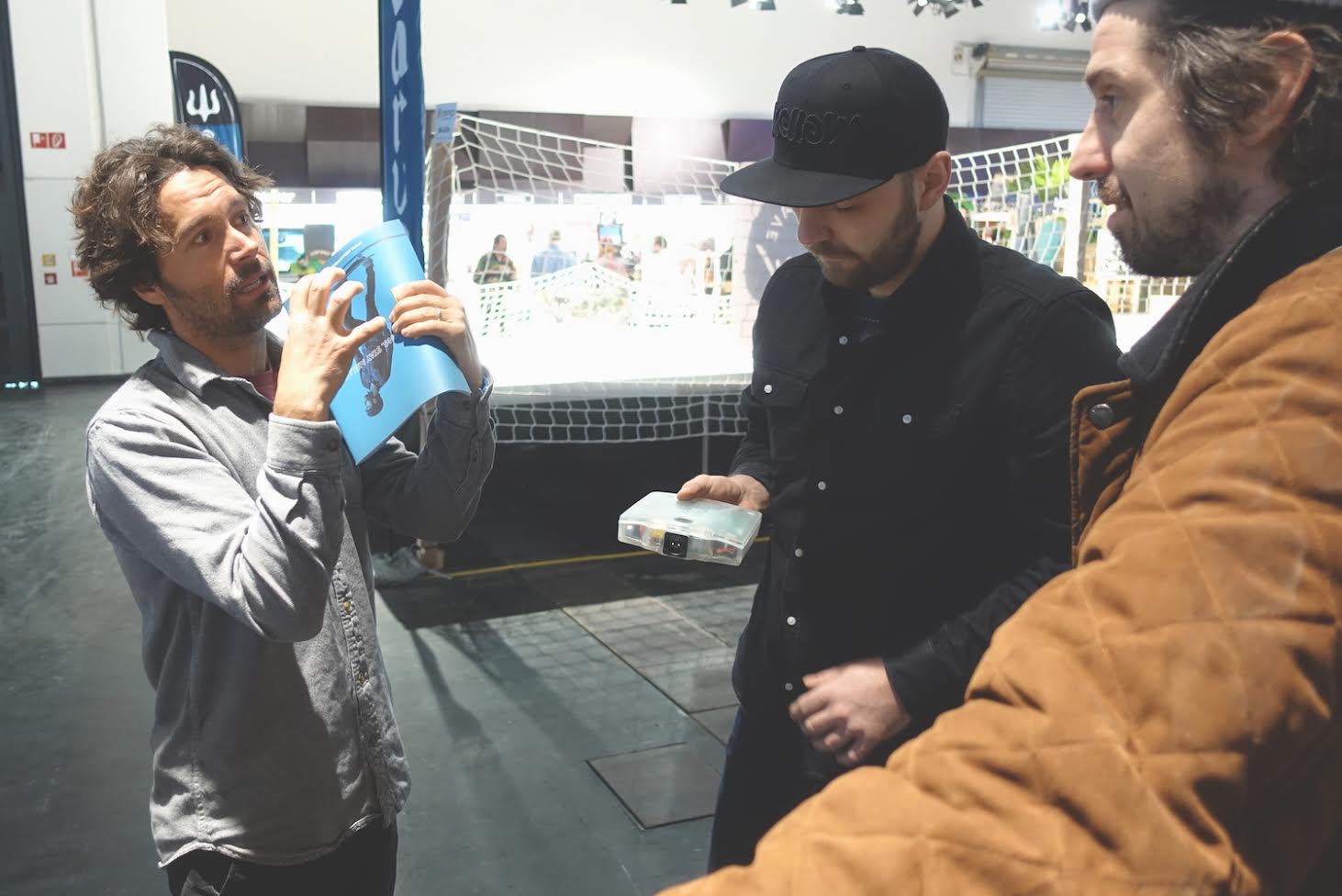 Big mountain freerider Jeremy Jones surprised us with a visit first thing in the morning on the first day. He is a huge fan of e-mobility & we like that!

The owners of YES Snowboard discovered Mellow as well. Let's just say DCP was surprised by the power of our drive :)
The open lanes between the stands made for great testing areas that let us fly around to check out the other stands and never be late for an appointment! For the people that had a need for speed and really wanted to test the potential of the Mellow drive, we had access to the cement lot between the halls. That’s where we really put the Mellow Boards to the test!

The boys from Graveyard Longboards giving Mellow a few test slides.
Andrew from Elate Media x Ski School Vlog probably went the fastest out of everyone on his test drive. Overall, we were super happy with the reactions from our fellow Germans and the international crowd that came to have a beer with us and take a sip of the future on a Mellow Board. It really seems that more and more people are understanding what all the noise is about and are starting to envision a Mellow Board as part of their life soon! 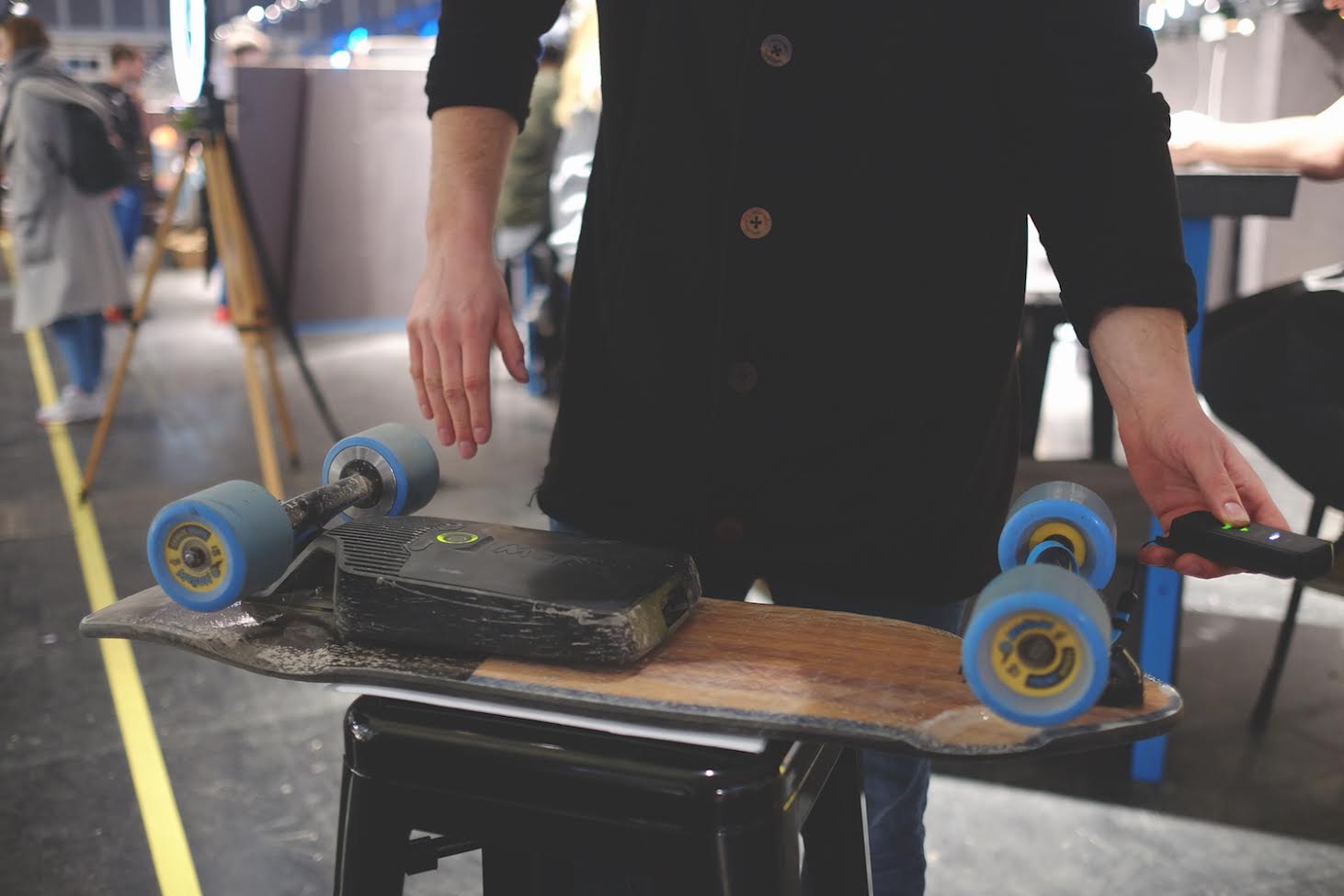 This Mellow Board was thoroughly tested & approved over the 4 days at ISPO... 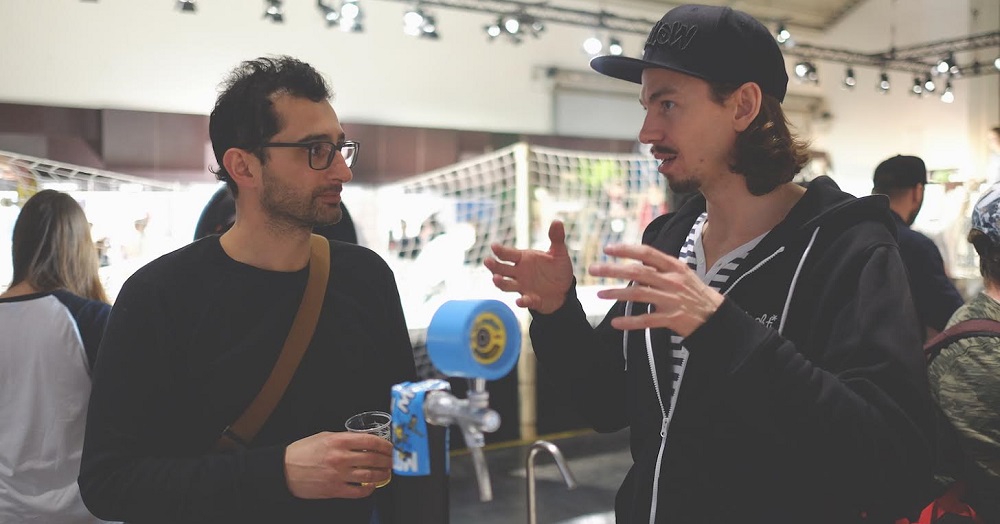 ...and so was the Mellow beer. Cheers!